Media Releases: When, Why and How to Send Them

by Lisa Saunders, freelance copywriter/marketing specialist
One of the best ways to broadcast your news is to send the media a press release, otherwise known as a media or news release.  Many authors assume their publishers will send out press releases and that when they give a talk, the hosting organization will send one out. They may, but usually it’s up to you to make sure the word gets out. So start gathering media contacts now!

After you’ve sent a press release to the media, then post it to your blog from where you can easily repost to your LinkedIn, Facebook, Google +, and other online media accounts (ask your friends to do the same). There are even press release sites that let you post it there for free.

The first step is to learn how to properly format a release that will interest a reporter (who wants to quickly know, “How will this benefit my readers?”) and to minimize the reporter’s rewriting work (they need it written in Associated Press style, for example, write a.m., not AM or A.M., spell things out, such as state names five letters or less). If possible, you will want to attach a high resolution photograph to which you own the copyrights-- publications loves images they don’t have to search or pay for.

The most important and “why should my readers care” information needs to be on top of your release. Don’t make the reporter search for the date and time of an event. Make it easy on them and make it short! They don’t like to open attachments, so put your information within the body of the e-mail.

There are many reasons to send out a press release:

·         Your topic is closely associated with an awareness month.

·         You won an award. I got a lot of news coverage when I sent a release about me winning a beer stein hoisting contest—I used that news to promote my book about my ancestor’s hanging, which was urged on by Samuel Adams, also the name of the brewing company hosting the contest. (A U.S. Senator saw my news coverage and sent me a letter of congrats!)

One of my personal press releases that gained a lot of media coverage:

Mystic, Conn.— Lisa Saunders of Mystic didn’t know how to prevent contracting CMV (cytomegalovirus), which causes more disabilities than Down syndrome, until it was too late for her daughter Elizabeth born with a severely damaged brain.

On March 25, Connecticut’s Public Health Committee voted in favor of House Bill 5147, which includes a cytomegalovirus (CMV) public education program. At present, Utah is the only state that requires their Public Health Department to provide CMV education.

Saunders, the parent representative of the Congenital CMV Foundation, is now asking legislators to make Connecticut the second state in the Union to prevent the leading viral cause of birth defects by passing HB 5147. Congenital CMV can be prevented if women of childbearing age learn the precautions to take, which includes refraining from kissing their toddlers around the mouth.

According to a study posted on the Centers for Disease Control and Prevention (CDC) website, “fewer than half (44%) of OB/GYNs surveyed reported counseling their patients about preventing CMV infection” despite the following statistics from the CDC:

·        Congenital CMV causes one child to become disabled every hour.

Saunders has been trying to raise CMV awareness for years through her speaking engagements and books, including Anything But a Dog! The perfect pet for a girl with congenital CMV (cytomegalovirus), and most recently her travel memoir, Mystic Seafarer’s Trail, where she jokes she's trying to get thin and famous like Amelia Earhart (secretly married in Noank), so people will listen to her CMV prevention message.

Lisa Saunders
I love to write about history and the people I know--living and dead!
Newer Post Older Post Home 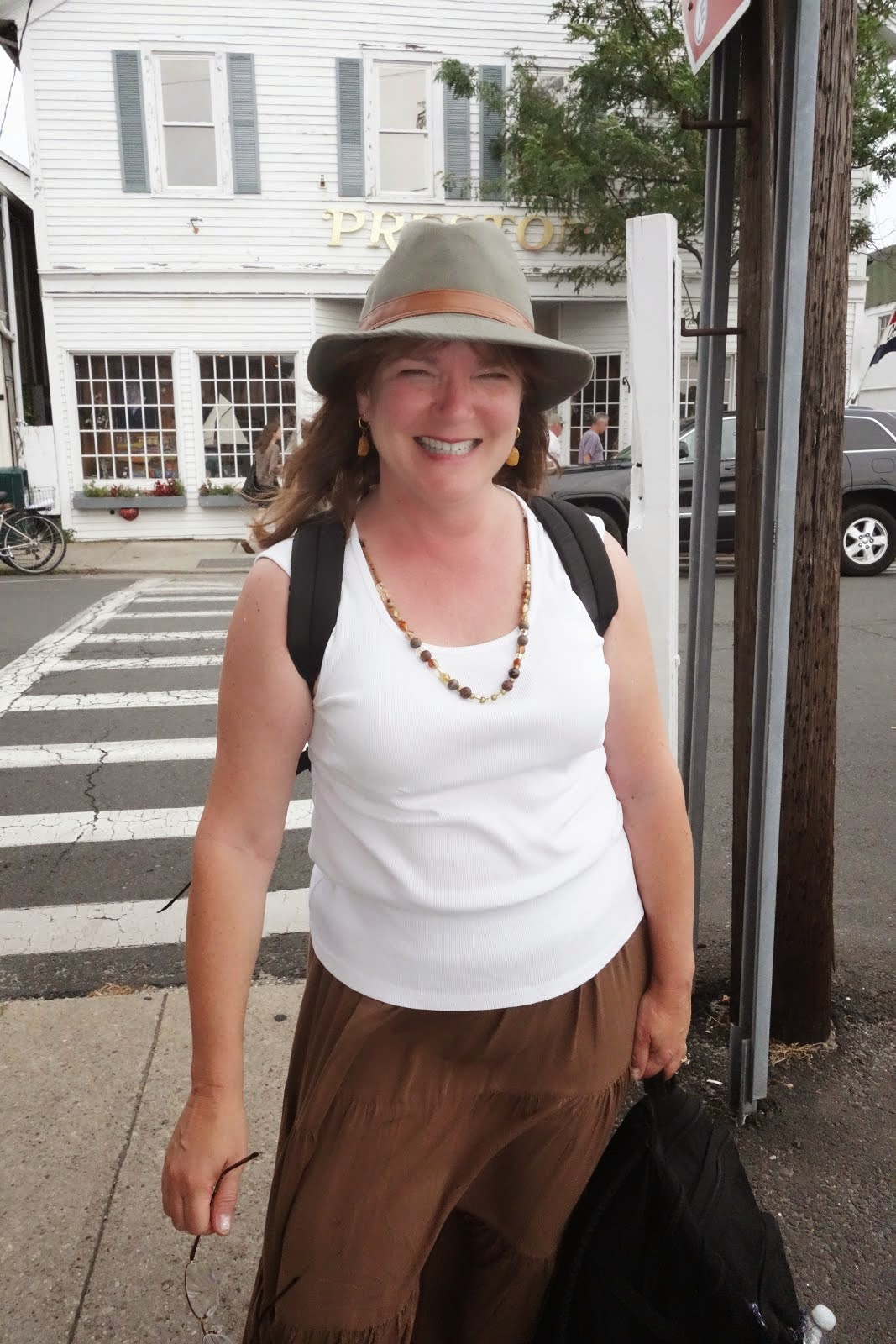